Influence of multiple stressors on watercourses in climate change (AquaKlif)

Extreme rainfall events due to climate change might on the one hand significantly increase water pollution due to sediment and fertilizer discharge into the streams whereas on the other hand crop yields can fluctuate due to droughts. Therefore, the goal of this project is to quantify how alternative agricultural production measures affect the crop yields and nutrient loads in future in different Bavarian agricultural catchments.

We conducted a modeling framework to simulate the impact of climate change on streamflow, nitrate loads, erosion and crop yield in terms of ecosystem indices for two different agricultural catchments (Schwesnitz and Schwabach) located in Bavaria, Germany (Fig. 1). 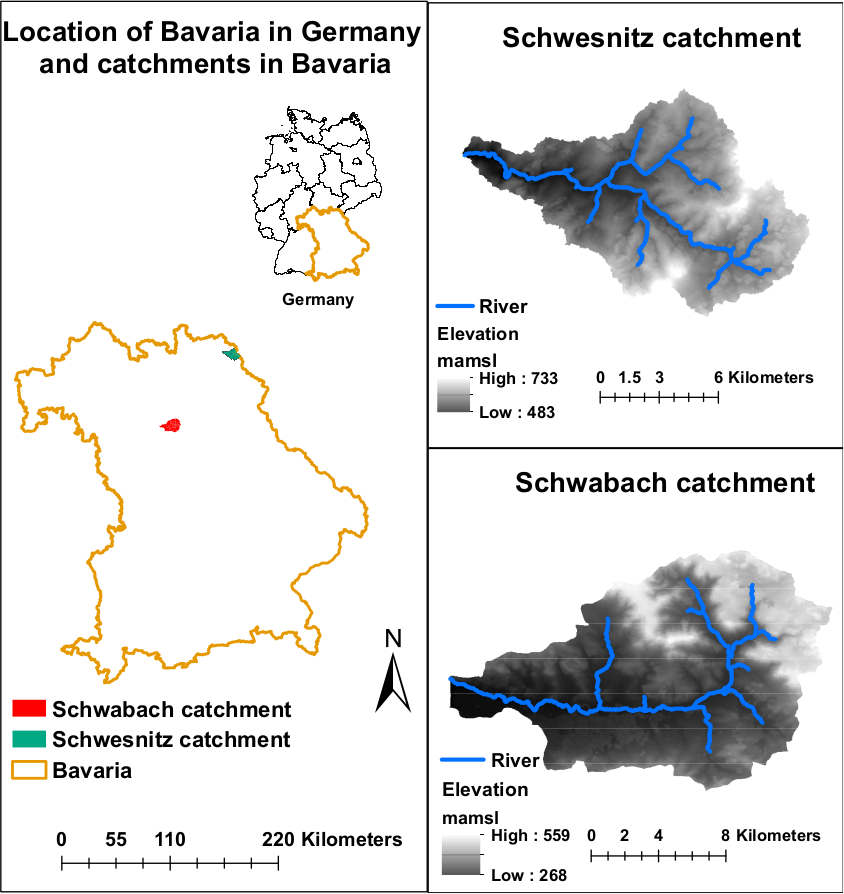 Figure 2 illustrates the whole methodology used in this project explicitly. At first, the SWAT models were developed for the Schwesnitz and Schwabach and then calibrated for crop yield and streamflow. The model outputs were extracted, and ecosystem services were quantified (erosion regulation, food and feed provisioning, water quantity and water quality regulation) for the past and future.

Figure 2: Flow chart of the methodology.

It should be worth mentioning that the uncertainty attributed to the climate data is higher than the uncertainty from the model parameters. The inherent uncertainty in the input data as well as the model. We should also consider calibrating the model for other variables as well.