Yields of cereals stagnate globally since the 1990s, while their variability increases. Reduced fertilizer and pesticide inputs are possible reasons for this stagnation, while climate change might lead to the variability. Especially, as modern cereal varieties have a low rhizosphere plasticity, leading to a reduced capability to hold water. Therefore, the aim of the RhizoTraits project is to identify wheat and maize varieties with a higher drought resistance, possibly old landraces.

In the subproject RhizoHistory, we analyse the yield changes of wheat and maize in Bavaria during the last decades and identify spatial drivers for these changes. We deconstruct the time series of crop yields since 1950 for each county into general trends and short-term variability using a singular spectrum analysis. Also, the year 1853 is integrated into the analysis to assess the increase in yield between preindustrial time and industrial time in Bavaria. To analyse the drivers of yield changes and variability, we conduct a spatially corrected regression on field-level. Explanatory variables are environmental factors (e.g., soil fertility, topography, landscape configuration and climate), management factors (e.g., fertilizer and pesticides) as well as cereal varieties (influencing aboveground traits and rhizosphere traits). In this course, the spatiotemporal distribution of wheat and maize varieties is reconstructed. 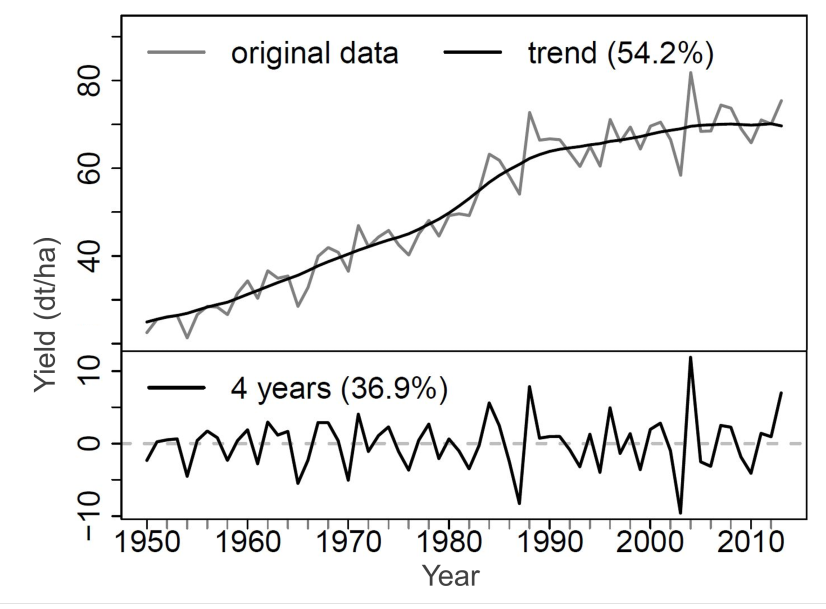 Figure 1: The yield of winter wheat stagnates in Bavaria since the 1990s, while its variability increases - © Weigel, 2015. Master thesis MSc Geoecology, University of Bayreuth.

We expect to find yield stagnation and increased variability in the counties of Bavaria around the 1990s (Figure 1). As reasons for the stagnation we expect the reduced inputs of fertilizers and pesticides, the variability is expected to be explained mainly by reduced precipitation. Other sources indicate climate change to be between 30 % and 50 % responsible for the variability. Old landraces, although having a generally lower yield, are expected to have a higher drought resistance leading to less yield variability. A comparison with the yields from 1853 indicates that in these preindustrial times especially lower elevations lead to a higher yield. This is probably the case because of the machinery available in these times, being less suitable for higher elevations. In modern times especially a higher silt content in the soil leads to higher yields, probably because of the grain size of silt holding nutrients in the soil.

As breeding programs focused on generating the highest yield under optimum water supply, the results of the RhizoTraits project will help to identify wheat and maize varieties being resistant against drought as well. This can be used to reduce the yield variabilities and increase food security, which is important in the face of a growing global population.